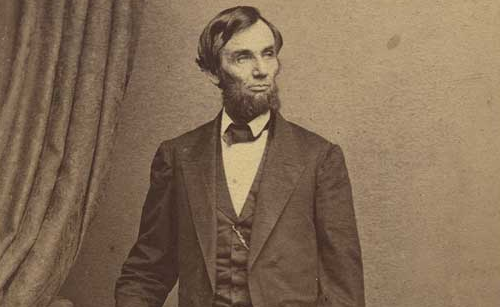 On July 1, 1862 after decades of US congressional debate and disagreement on a Transcontinental Railroad and an appropriate route the road should take, President Lincoln brought the debate to a close and brought the enterprise to life, all with a stroke of his pen.

On July 1, 1862, one year into America’s bloody Civil War, President Lincoln signed into law the Pacific Railway Act, which established a public-private partnership, and commenced a ten year project (it took instead only seven years) to build a railroad to the Pacific Ocean.

Until June 24, 2019, the first (preamble page) and last page (the signatory page) of the Pacific Railway Act, will be on display at the Utah State Capitol, as part of the 150th anniversary of the Transcontinental railroad’s completion which happened in Utah on May 10, 1869.

Union Pacific Chief Engineer Grenville Dodge (whose 1864 Winchester rifle is also on exhibit at the Utah Capitol) writing about President Lincoln and the Transcontinental Railroad, stated:

In 1861 “Mr. Lincoln sat down beside me and, by his kindly ways, soon drew from me all I knew of the country west and the results of my reconnaissances. As the saying is, he completely ‘shelled my woods,’ getting all the secrets that were later to go to my [railroad] employers.”

Lincoln remembered Dodge’s expertise and summoned the engineer to Washington in 1863, to discuss physical starting point and route for Union Pacific Railroad. Dodge was adamant: the railroad must follow the Platte Valley and begin at Omaha-Council Bluffs. Lincoln agreed and by presidential decree prescribed the eastern terminus of the road to start in Council Bluff, Iowa.

As a once Illinois railroad lawyer, Abraham Lincoln was convinced that railroads were essential to America’s future – drawing the nation together by trade, by travel, and by the defusing of yeomen farmers and immigrants, across the United States.

Come to the Utah State Capitol and see this act, signed and dated by President Abraham Lincoln. The Pacific Railroad Act is on special loan to the State of Utah from the National Archives and Record Administration (NARA). After the exhibit closes on June 24, 2019, NARA will not allow it to be exhibited again until sometime after 2029. In the mean time it will be “at rest,” away from any light or environmental exposure, so it can be preserved and seen again by future generations.