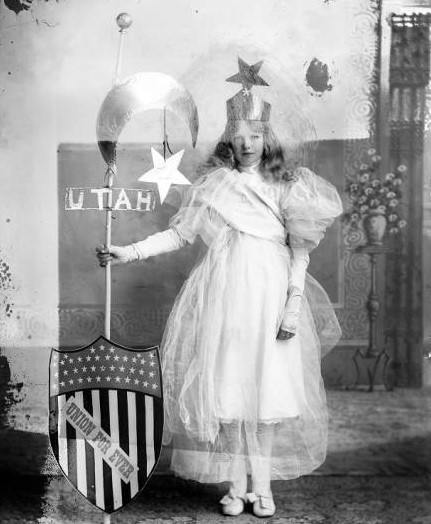 Concerning Utah’s statehood story, the oft heard quote comes to mind, attributed to German Chancellor Otto von Bismarck, who said: “laws and sausage, if they are to be enjoyed, should never be watched made.” Lyman’s book argues for the opposite: knowing the stories behind political actions are essential to a vibrant and strong democracy. Lyman’s “sausage making” history reveals many significant historical insights useful to contemporary life in Utah. It is also a complex, elusive story, that has been largely untold until now.

If you want to know the complete story of Utah’s statehood, start with this podcast series, then order a copy from your local library or buy a copy of Dr. E. Leo Lyman’s book Statehood Finally! – see link below.

Part One of Two:

Perhaps no other historian knows as much, or can tell the story as well as Edward Leo Lyman. It has taken Lyman almost fifty years to fully understand the extent of this story. Regarding the political wrestling, intrigue, betrayal and compromise, Kurt Bench of Benchmark Books, said this about Lyman’s book Finally Statehood!

Utah’s quest for statehood lasted longer, involved more political intrigue, and garnered more national attention than any other US territory. While Utahns—especially the Mormon population—hoped statehood would grant them increased political autonomy, the several decades of refusal by church leadership to denounce polygamy stalled even the most carefully executed political schemes. Even without the albatross of polygamy, the territory presented a unique set of challenges. Lingering distrust toward the federal government blurred the lines separating church and state. LDS leaders considered themselves anointed by God to lead the government. Officials sent from Washington to dilute Mormon control found themselves in hostile, dangerous terrain.”

Enough years have passed (for many Utahns the history of the 1847 pioneers has always trumped Utah’s statehood story), and enough new scholarship has been completed, to finally tell a complete “sausage making” story about Utah’s elusive statehood quest.

Do you have a question or comment, or a proposed guest for “Speak Your Piece?” Write us at “ask a historian” – askahistorian@utah.gov

To purchase a copy of Dr. Lyman’s book go to Signature Book’s website or order a copy from your local bookstore.