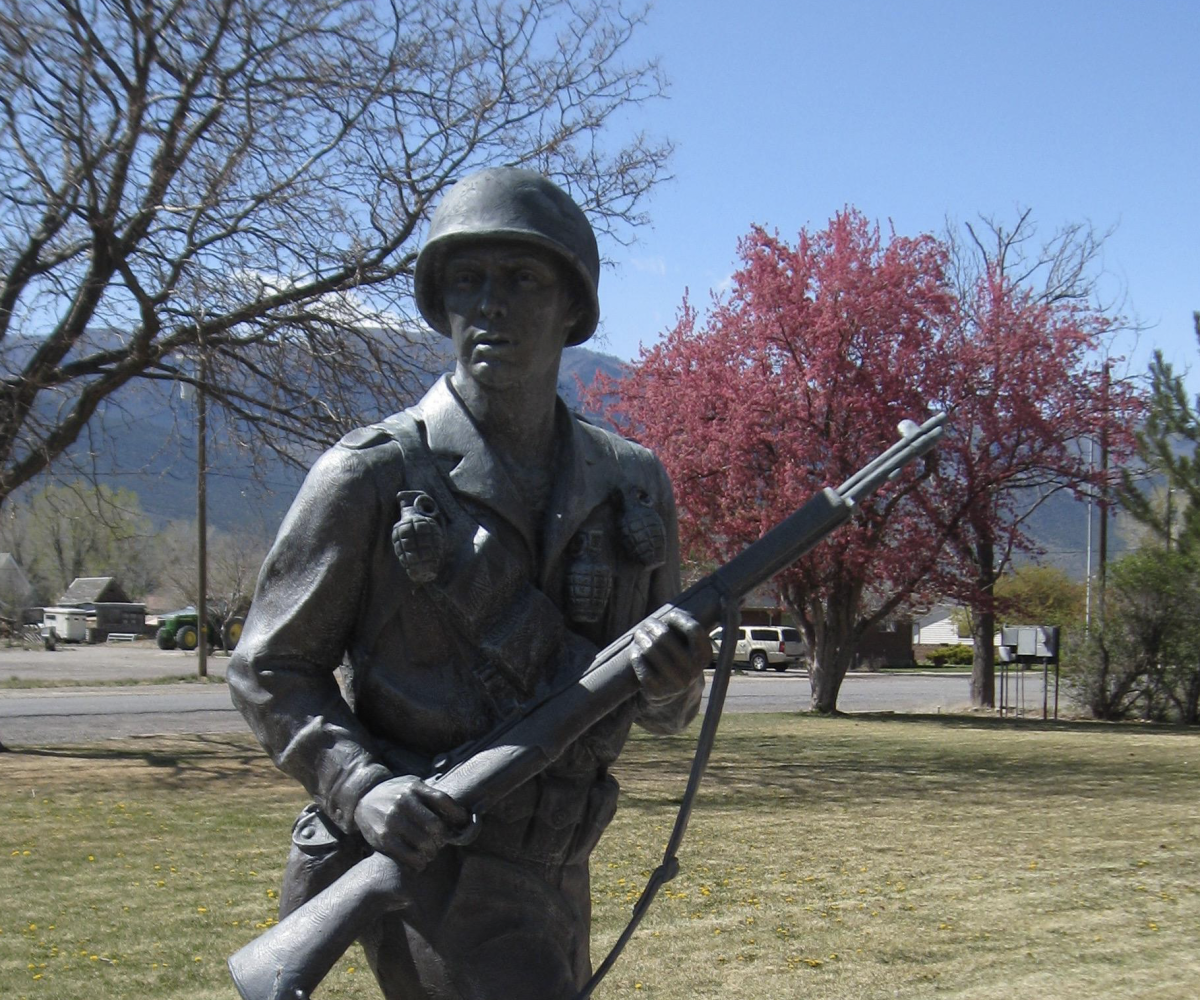 During the next year, Utahns and the nation as a whole will be remembering and recognizing the 75th anniversary for the end of World War II (1939-1945).

May 8, 2020 will be the anniversary date for the Allies (Great Britain, USA, France and Russia) victory in Europe over the Axis Powers: Italy, Germany and Japan. May 8, 1945 V-E Day (Victory in Europe) was declared by British Prime Minister Winston Churchill, and is observed in Great Britain, Western Europe, the United States and Australia.

The Utah Department of Veterans & Military Affairs, the Department of Heritage & Arts, the Utah Division of State History and the Ft. Douglas Military Museum invite all Utahns to recognize these anniversaries, and to pause and remember the men and women who served during World War II from Utah, especially those who died in this war.

This also includes those who worked and sacrificed on the “Homefront,” who sent family members into the war, or who helped in the war effort here in Utah. Homefront activities included working in military camps and depots and in war related industries; food, gas and supply rationing; prison of war camp employment; growing of Victory Gardens: working with the USO (United Service Organizations) and so much more.

A Call to Utahns to Engage: Besides attending the special events to be offered throughout the state, we hope you will read the below information (including using the State’s GIS Veterans Memorial Map), then pay your respects at one or more the memorials or monuments listed, and then visit as many Utah World War II related historical sites as possible.

The Utah Division of State History (USH) and the Utah Department of Veterans and Military Affairs jointly created the Utah Veteran’s Memorials GIS Database which shows the locations, descriptions and photographs of all veteran’s memorials and markers throughout Utah.

The database currently lists 47 local monuments, markers or sites related to World War II. When all mention of World War II are included there are 72 monuments and markers.

The Meditation Chapel in Memory Grove Park, east and adjacent to the Utah State Capitol, was built as a memorial to Utah’s sons who died during World War II. Resembling a small Greek temple, constructed of marble with sculpted bronze doors, the chapel contains the names of Utah servicemen whose bodies were never recovered. The chapel includes World War II themed stained glass windows.

The Topaz Museum (55 West Main, Delta, UT) tells the story of eight thousand Japanese-American citizens who were held from 1942 to 1945 in Utah’s Topaz Relocation Center. The Museum’s Mission is: “To preserve the Topaz site and its World War II history; to interpret the impact of Topaz on the internees, their families, and the citizens of Millard County; and to educate the public in order to prevent a recurrence of a similar denial of American civil rights.”

The Historic Wendover Airfield and Museum

Read Our Other Related Posts: